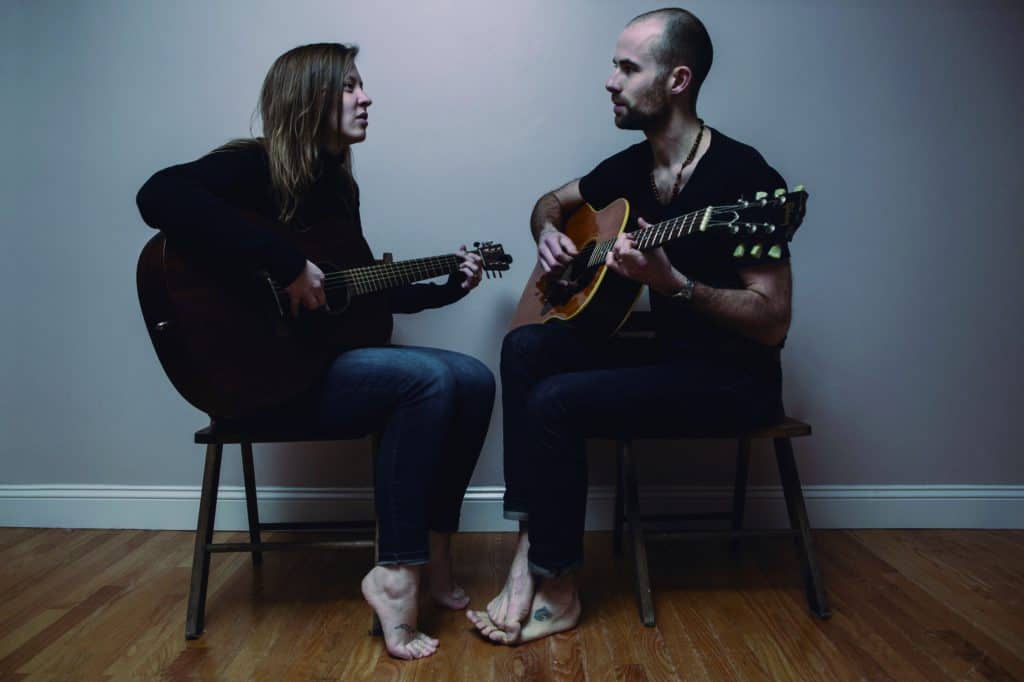 Hear some great local musicians and poets perform at the Stevens Memorial Library on Wednesday evening, May 29 with your friends from North County Land Trust. Doors open at 6:30 for seating and refreshments provide by the North County Land Trust, Inc. Open mike begins at 7:00, followed by featured performers “The Promise Is Hope.”

Ashley and Eric L’Esperance (The Promise is Hope) first felt their musical and personal chemistry at a song swap in 2013. In 2014, they got married, released their debut album, and began establishing themselves as one of New England’s finest emerging acts. With tightly woven harmonies, two guitars, and intimate songwriting, they present a beautifully moving, inspired, and connected live performance. They were nominated 2018 “Roots Act of the Year” by New England Music Awards following the debut of their sophomore album, “Every Seed Must Die,” a set of “soul-cleansing songs of reverence simmered in collective courage,” according to John Apice of No Depression, The Journal of Roots Music.